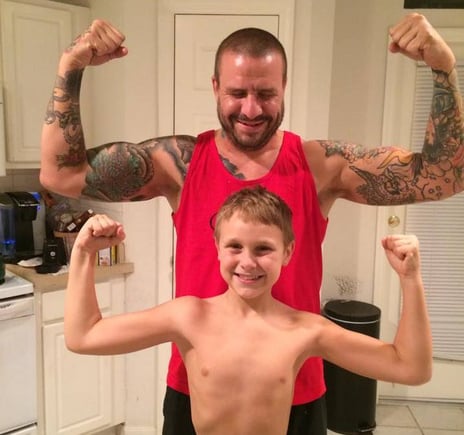 I am in the best shape of my life, which is saying a lot considering that I’ve been morbidly obese for the last 15-20 years. I’ve been asked by more than a few people how I made such a transformation. Well, here it is.

Before 2014, I was in a bad place, certainly in terms of my health, but also in terms of my career, goals and personal relationships to the people closest to me.

In early 2013, I started having pretty consistent thoughts of suicide. Which is odd considering that I was on medication to prevent this very thing from happening. But it’s only odd until you learn that depression can be a side effect of SSRI meds. So I decided to take control of my life and I made a bold move. I quit my SSRI meds cold turkey.

This single decision changed everything.

After I quit my SSRI meds, a few days went by with no noticeable difference and then on day 5, depression came out of left field and knocked me straight on my ass. It was so sudden and so harsh it was literally like getting punched in the face by Mike Tyson. Which is why some people get up from it and unfortunately, some don’t. It was the hardest thing I’ve ever gone through in my life of 42 years.

Depression is a nasty liar. It deceives you into believing things that are wholly untrue. I had convinced myself that my wife and son would be better off without me. I was sure of it. I was sure that my mental health problems were unfair to my family and if I were gone, they would heal and be able to live happier lives. Thankfully, I was able to find a therapist to get me through the rough times and it was with my therapist that I learned why my closely guarded beliefs were in fact little deceptions that I had built up into tremendous lies.

But let me try and lighten the mood. Along with depression, anger and anxiety, which are problems that I continue to face, also came pure joy, happiness, drive, determination and motivation that I hadn’t felt in years. One of the first things I noticed after waking up out of my coma was that I was fat. I was really fat. I was 270lbs. I went into emergency weight-loss mode and stopped eating. I basically went from always having food in my hands to eating 1200 calories a day and I started exercising every single day.

I now know that this was a mistake. I lost a bunch of muscle along with fat because my body went into starvation mode. I wasn’t eating enough calories for all the exercising I was doing and my body needed fuel, so it got that fuel from all the fat and muscle in my body. After 2 months of this I became incredibly weak.

I went from being 270lbs to 240lbs in 2 months and was getting my ass handed to me left and right in Jiu Jitsu class. I was now smaller and had no strength and I quickly realized that I had gotten away with so much because I was big. I had to re-learn Jiu Jitsu. I was forced to accept that what I was doing didn’t work and I had to adapt or get left behind. Lucky for me I have an amazing jiu jitsu coach, Rob Kahn. Rob was the first to receive a black belt from Royce Gracie in a group with four others. Rob continues to produce top level UFC fighters and ADCC competitors. So it’s pretty simple, whatever Rob tells me to do when it comes to my training, I do it.

Accepting my training deficiencies, I went back to the drawing board with my jiu jitsu and with Rob’s teaching along with so much brilliant advice and coaching that I’ve gotten from Rob’s black and brown belts (Robby Donofrio, Bamboo, Matthew Arroyo, Gabe Maldonado – all amazing friends, people and athletes), I was able to quickly adapt. I also owe so much to my training partners, and that goes double for Roberto “Angel” Cespedes and honestly, I could fill up this page with the names of people who have helped me, the list really does go on and on. The Gracie Tampa family has taken me in and made me a better athlete and person.

Along with tweaking my jiu jitsu, I also had to tweak my diet and actually learn something about nutrition because starving myself is not a practical long term solution. So I learned how to eat all over again. I started eating a lot of grilled chicken, steak, salmon, vegetables, salads and I started snacking on healthier things like yogurt with frozen blueberries & granola, apples, and protein bars. I upped my caloric intake to about 2500 calories a day. I don’t really count now because after spending months counting, I have a pretty good idea of how to “eyeball it” throughout the day. But if you want to count your calories, I recommend using the My Fitness Pal app. It works for both iPhone and Android.

Being over 40 and trying to train like an athlete has its challenges. Especially if you’ve spent much of your adult life sedentary with a Ben & Jerry’s ice cream in your hand. So when I decided to start strength training along with my BJJ training, I ran into a wall called “You’re not young anymore.” I would train BJJ in the morning, lift weights at lunch and train BJJ at night. This would be fine for a day or two, but then I would have to curl up in the fetal position for 3 to 4 days to recover. Again, not a long-term solution.

I had to find a way to train smarter and get the same results without wearing myself ragged every couple of days. Most of my training consists of practicing jiu jitsu (rolling) for roughly 30 to 60 minutes every day. That doesn’t include class time or learning techniques, that’s minimum 30 minutes of rolling. I find that if I go too far over an hour, it ends up becoming counter-productive because it increases my risk of injury. At 42 years old, that means that the herniated disk in my back gets inflamed and I have severe back pain for 3 to 5 days. So in order to keep my back healthy, I limit my hard sparring to about an hour per session. This gives me a great cardio workout and helps me improve my game. Sometimes I train multiple sessions a day, but I always listen to my body and try not to over train.

I’ve had surgery on both knees for meniscus tears, so keeping my knees healthy is also very important to me. This means I tap early to heel hooks and I’ve neglected doing a lot of wrestling, although, now that I’m lighter I’ve started working on my wrestling for the first time. So far, so good.

As far as weight training is concerned, “training smarter, not harder” means lighter weight, more reps. I tried to increase my bench weight too fast, too soon and I ended up hurting my rotator cuff. So for me, lighter weight, more reps is the answer for chest presses. I’ve also switched to using dumbbells for my chest instead of bench pressing because it’s safer for my shoulder. This was something that I had to learn the hard way. I could write more about specific weight training exercises, but I think that goes beyond the scope of this post.

So now it’s been about 8 months since starting this journey and I’m down to 195lbs. I just won my first advanced division at a grappling tournament and I feel good. Looking back, I wouldn’t change anything. I wouldn’t change the mistakes I made because I had to make those mistakes in order to learn from them. 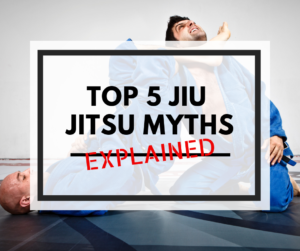 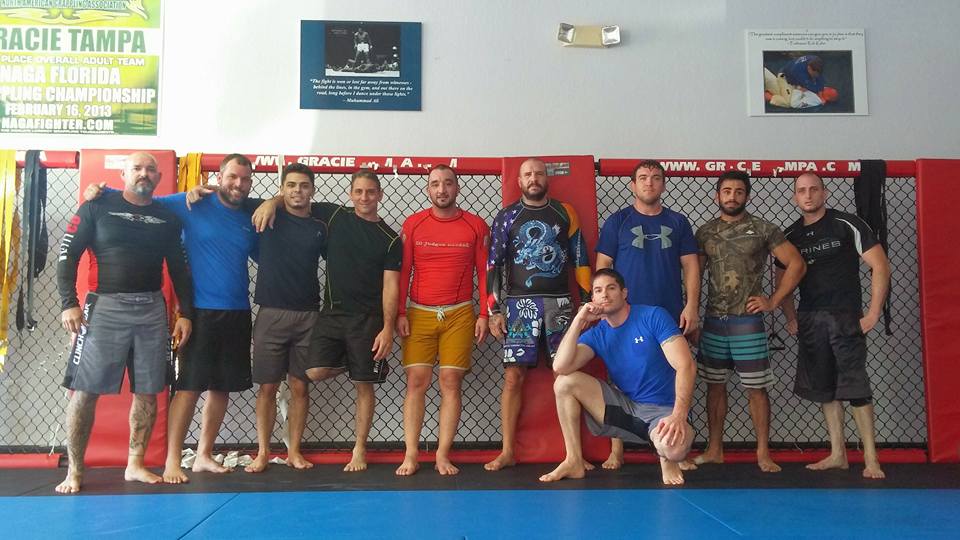 Lessons I Learned After One Year At Gracie Tampa 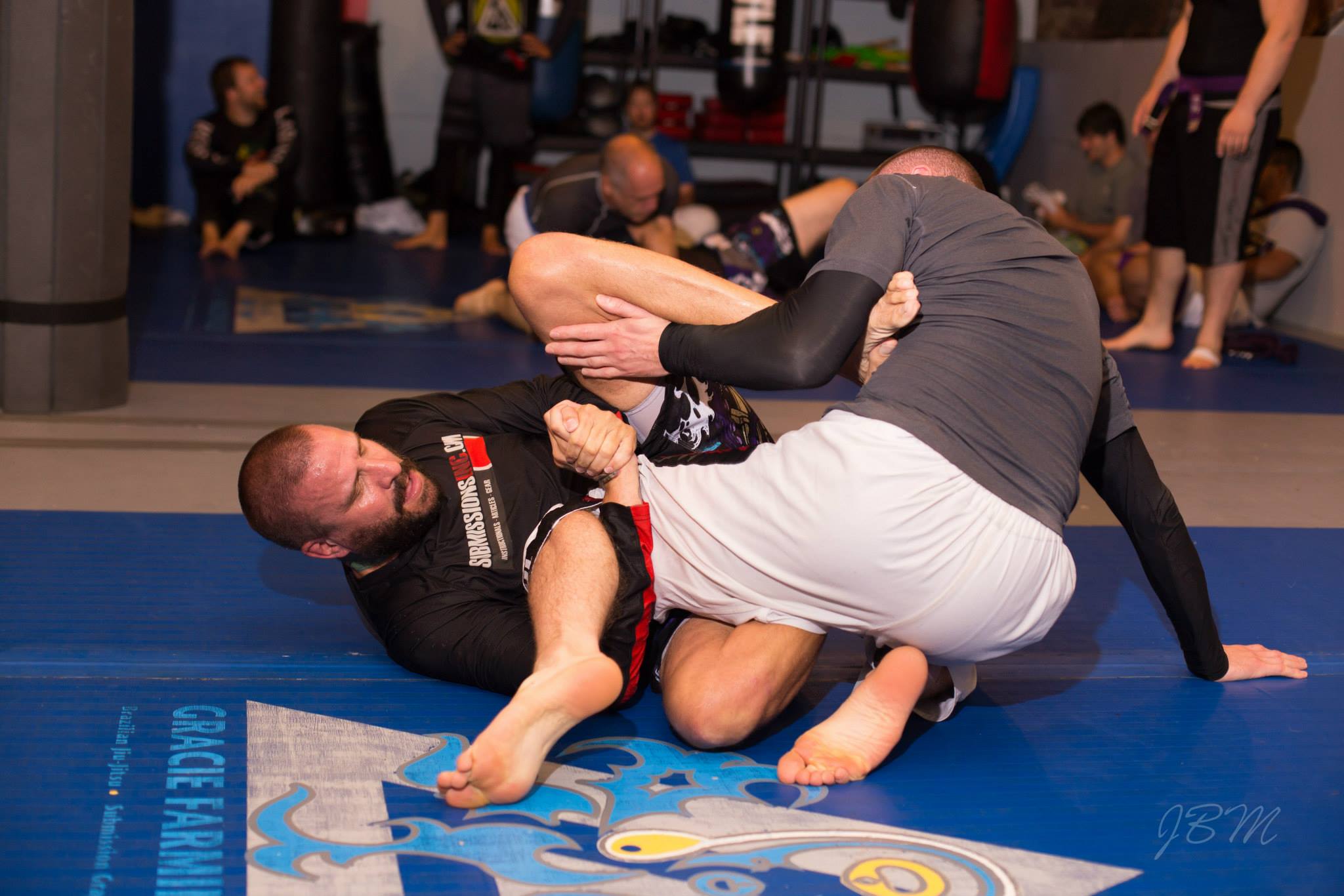